The Sarasota County Sheriff’s Office is investigating a bank robbery which occurred on 06/12/21 at the Wells Fargo bank in Sarasota.

The unknown male subject entered the bank and waited in line to be assisted by a teller.  The suspect implied he had a weapon and requested the bank drawers be emptied.  The suspect left the bank with cash in his hands.

The suspect was described as a white male, in his 50s or 60s, salt and pepper hair, and wearing a white plaid button down shirt and tan pants.

If you have any information regarding the identity of the unknown male subject, please contact Crime Stoppers by calling 941-366-TIPS (8477), or online at www.sarasotacrimestoppers.com. 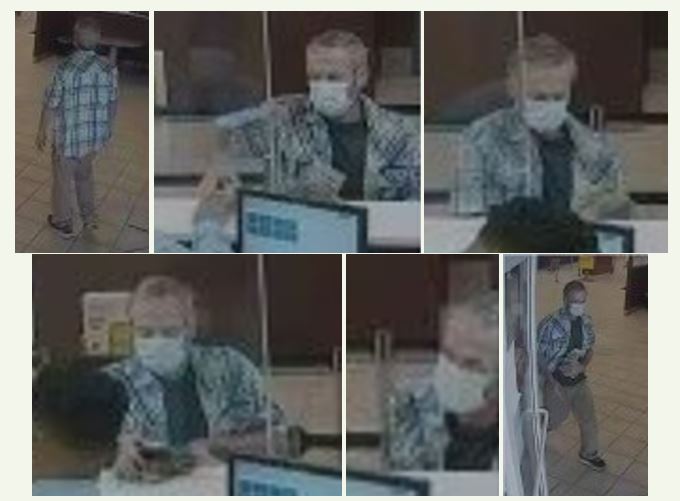 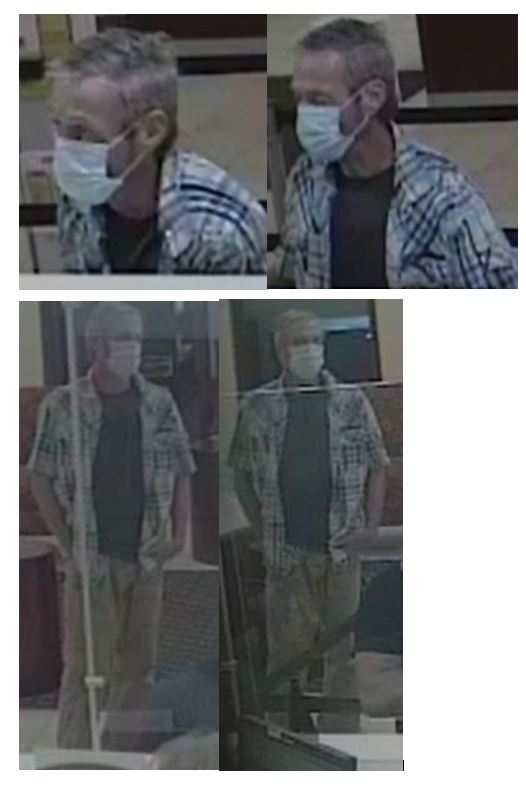 The Sarasota Police Department is investigating shooting which occurred on 03/20/21 at approximately 9:55pm at the Sarasota County Fairgrounds.

If you have any information regarding the shooting or the unknown suspect, please contact Crime Stoppers by calling 941-366-TIPS (8477), or online at www.sarasotacrimestoppers.com.

The Sarasota County Sheriff's Office is investigating two business burglaries which occurred at the Extra Space Storage located at 1510 S. Tamiami Trail in Venice on 10/01/20 and 11/18/20.  After a review of the surveillance video from each burglary it has been determined the same suspect committed both burglaries.  It appears the suspect has some knowledge of electronics of security keypads, as he has been able to enter the facility by manipulating the keypad.

If you can identify the unknown male in the pictures below, please contact Sarasota Crime Stoppers by calling 941- 366-TIPS (8477), or online www.sarasotacrimestoppers.com. Reference Case Number 20-82137. 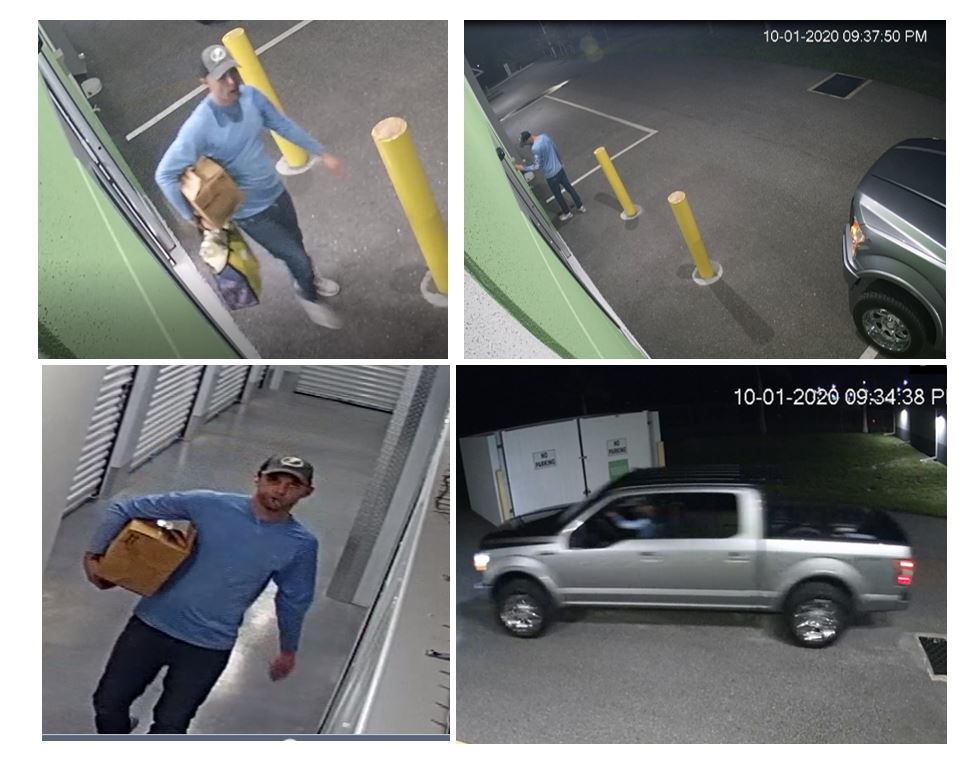 The North Port Police Department continues to investigate the Saturday (March 7th, 2020) morning shooting on I- 75 in our City. We believe this is an isolated incident which includes a second unknown vehicle. In fact, we believe our victim was targeted. We have identified Javaris Keon Miller (04/11/1996) of Lehigh Acres as the victim in this case. We’re hoping that releasing this info will help anyone who knew or talked to Mr. Miller in recent days to come forward with useful details.

At the time of the shooting, Mr. Miller was driving a white four door 2019 Cadillac XTS. He was traveling from the Palmetto area along I-75 leading up to the shooting. If anyone saw this vehicle involved with anything of note, we would like those details as well.

If there are residents who heard gunshots around 3:45am on Saturday, March 7th in the area in question, please let us know.

If you have any information regarding the victim or this incident, please contact Crime Stoppers by calling 941- 366-TIPS (8477), or online www.sarasotacrimestoppers.com.

The Sarasota County Sheriff’s Office is investigating a residential burglary which occurred on 02/20/20 at a residence on N River Road in Venice.

While the victim was away from his home, a credit card and cash were removed from a wallet on his kitchen table.  The pictured unknown female subject used the stolen credit card at Publix in Palmer Ranch to purchase gift cards and a soda.

If you have any information regarding the identity of the unknown female subject, please contact Crime Stoppers by calling 941-366-TIPS (8477), or online at www.sarasotacrimestoppers.com. 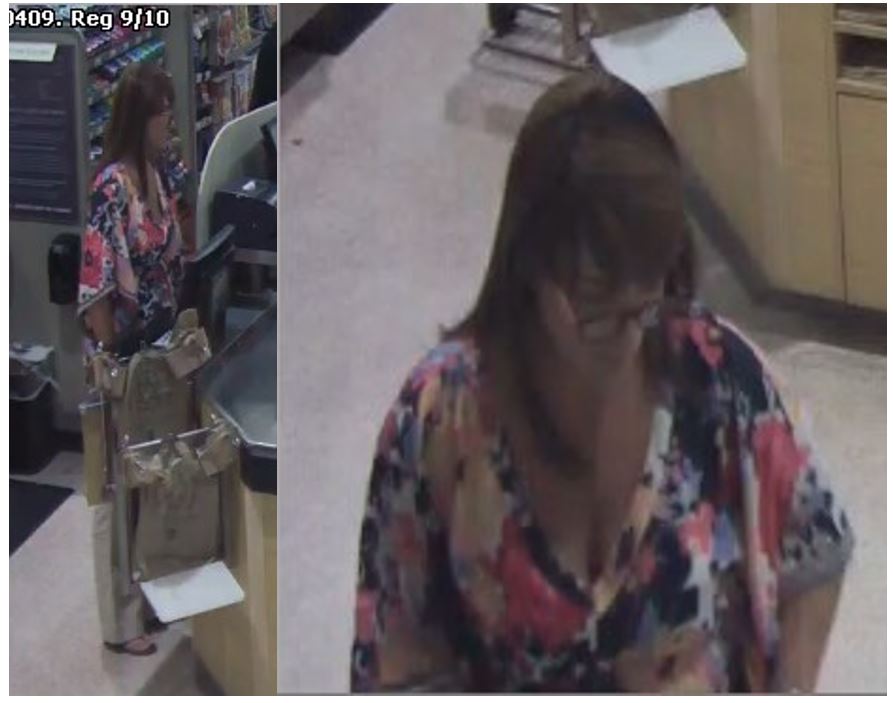 STATUS: OPEN
ZANNIEL LEVERETT
On February 20, 2003 the body of Zanniel Leverett was discovered approximately 200 yards north of the intersection of 46th St. and Central Ave in a field along the railroad tracks. Zanniel had last been seen in the first week of February. Zanniel had a history of using and selling drugs. Zanniel’s death was ruled a homicide. 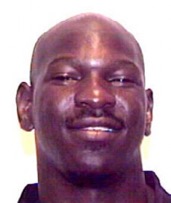 STATUS: OPEN
On December 1, 1999 the body of Esco Hunter was discovered in a field near the railroad tracks in the area of 44th St. and Central Ave. Esco’s death has been ruled a homicide. Esco’s 1998 maroon van was found at the dead-end of Orange Avenue north of Myrtle St. The van had been burned as a result of arson. Esco was from the Miami area and was involved with rap music. 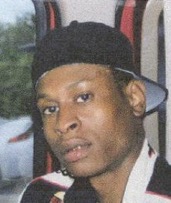 STATUS: OPEN
PAUL COLICCI
On November 15, 1998 Sarasota County Sheriff’s Deputies responded to the residence of Paul Colicci at 4239 Balmoral Way. Neighbors had located Paul deceased in the garage area of the home. Paul’s death was ruled a homicide. A witness reports that at approximately 10:00 p.m. the previous night he heard loud voices coming from the garage area. 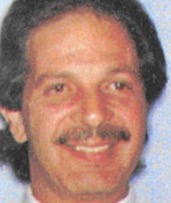 STATUS: OPEN
CINDY ROGERS
On April 7, 1992 the body of Cindy Rogers was discovered in a plastic garbage can floating in the pool at 4580 Gallup Ave. Cindy’s death was a result of a homicide. She was last seen a year earlier at the residence on Gallup where she had been residing. Cindy was reportedly in the process of moving out. Forensic examination revealed Cindy had been deceased for a long period of time and her body had only recently been placed into the pool. 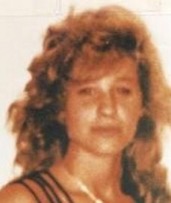 STATUS: OPEN
JULIE KING
On February 27, 1992 the Sarasota County Sheriff’s Office was alerted to the disappearance of Julie King. Julie had moved to Sarasota from the Philippines and was reported missing by her parents who still resided overseas. Julie had been living here with her husband, Lance King, at 1001 Cronley Place. Lance King related to investigators his last contact with Julie was in August of 1991, however he never reported Julie missing. 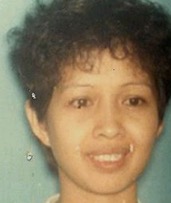